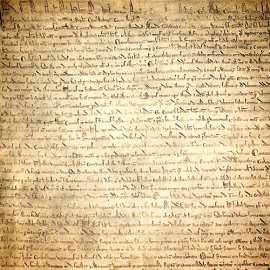 On June 15, 1215 King John was forced by English barons to sign the Magna Carta at Runnymede, just below Windsor Castle. The signing of the Magna Carta is being celebrated in England throughout the summer of 2015.

The two passages regarding “due process” and “habeas corpus” have been carried through the ages as permanent features of Anglo American law.

Due Process: "No free man shall be seized or imprisoned, or stripped of his rights or possessions, or outlawed or exiled, or deprived of his standing in any other way, nor will we proceed with force against him, or send others to do so, except by the lawful judgement of his equals or by the law of the land."

Habeas Corpus: "To no one will we sell, to no one deny or delay right or justice."

Should you as a Symposium participant choose to visit Runnymede, transportation  can be scheduled with the Symposium to leave Oxford and return on Wednesday afternoon, August 12th after the conclusion of the meeting.

An additional small fee will be charged for this transport when you register for the symposium.